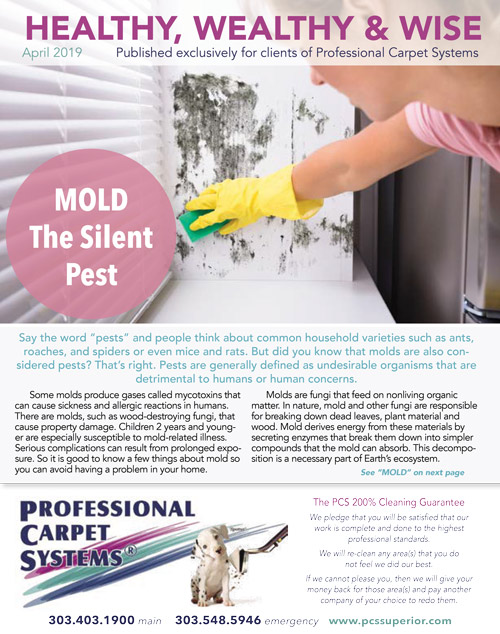 Say the word “pests” and people think about common household varieties such as ants, roaches, and spiders or even mice and rats. But did you know that molds are also considered pests? That’s right. Pests are generally defined as undesirable organisms that are detrimental to humans or human concerns.

Some molds produce gases called mycotoxins that can cause sickness and allergic reactions in humans. There are molds, such as wood-destroying fungi, that cause property damage. Children 2 years and younger are especially susceptible to mold-related illness. Serious complications can result from prolonged exposure. So it is good to know a few things about mold so you can avoid having a problem in your home.

Molds are fungi that feed on nonliving organic matter. In nature, mold and other fungi are responsible for breaking down dead leaves, plant material and wood. Mold derives energy from these materials by secreting enzymes that break them down into simpler compounds that the mold can absorb. This decomposition is a necessary part of Earth’s ecosystem.

Molds are ubiquitous; they are found everywhere. Some species of mold can survive in sub-freezing temperatures, while others will thrive in extremely high temperatures of the desert, gaining what little moisture is available from the air. Some molds can even grow on diesel fuel and other chemicals like anti-freeze. The two most common molds found in indoor living environments are Aspergillius and Penicillium. Given a food source, suitable temperature and elevated moisture or humidity, these molds can begin to grow and flourish on many surfaces within a home. Molds travel from one location to another by releasing microscopic, seed-like spores which can remain dormant for a very long time. When conditions are right, spores begin to grow into an active and growing mold colony.

Stachybotrys is another mold, often referred to as “toxic black mold”, which has gotten massive media attention. Stachybotrys is a sticky, slimy mold that grows on surfaces such as drywall, wood, and even paper on insulation. While Aspergillus and Penicillium can begin to grow in only a couple of days, Stachybotrys needs at least 7-12 days of constant moisture, warm temperatures around 70-80 degrees and minimal air movement. Therefore, you are most likely to encounter it in your home if you have an ongoing water intrusion from plumbing, foundation problems, roof or window leaks, etc. Note that you may not see it because it tends to flourish in dark, undisturbed areas. Since Stachybotrys is a sticky, slimy mold, the spores rarely become airborne. However, it may begin to release spores if it begins to dry out. It can also release mycotoxins into the air as a defense mechanism against other fungi.

Spores and mycotoxins can be transported into the breathable air of the home and create symptoms such as cough, headaches, asthma, rhinitis and other allergic reactions. In some cases, infants or others with underdeveloped or compromised immune systems can have serious, even life-threatening, pulmonary complications. If you have any type of mold in your home or business, it must be removed as soon as possible. The visible presence of any mold is an indicator that there may be more unseen mold hiding elsewhere.

Because mold can be harmful, call Professional Carpet Systems to identify the cause and develop a strategy to solve the problem and remove the mold. 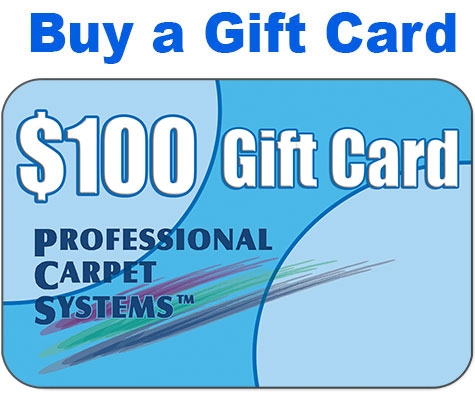 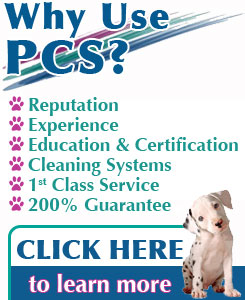 “Christian was informative, professional, and went out of his way to teach us how to take better care of our carpets. We’re very pleased with the results and would highly recommend Professional Carpet Systems for all your floor maintenance needs. Look no further! This is the best customer and carpet service you’ll find.”- Jessica Moore

“Exceptional service from the first phone call, and my special request was answered by the owner coming to my home with their tech to make sure everything was taken care of….and my carpets look amazing. Thank you Professional Carpet Systems!!!”- Gigi Hudson, Realtor